VERBUM SAT: Developing forensic statement analysis standards to fight CAE: A victim-centred approach is an ambitious, interdisciplinary international project. Its main goal is to provide an innovative way of tackling secondary victimization of victims of exploitation and abuse by providing a novel method for acquiring relevant forensic evidence and equipping professionals in the field of criminal investigative to efficiently use such a tool in everyday practice.

In the latest period, especially after ratifying the Istanbul Convention1 by majority of European countries, the focus of improvements of investigation procedures and capacities has turned to the area of crimes against vulnerable groups (female, children etc.), such as Sexual and Gender Based Violence, Child Abuse and Exploitation, Domestic Violence etc. Particularly, as one of the main issues concerning improvements, the proper treatment and protection of victims is recognized. One of the most common and critical problems referring to victims, which needs to be minimized, is the issue of secondary or repeated victimization, which regularly takes place during standard criminal proceedings. The need for targeting and overriding this problem is emphasized by the EU “Victims’ Rights Directive”2.

In line with the above mentioned premise, a new approach in child victim interviewing is being developed and implemented, based on the imperative that the victim must be interviewed only once during the whole procedure and not repeatedly, which is the rule in “traditional” procedures.

The aim of VERBUM_SAT Project is to develop a methodology for forensic analysis of written statement and establish standards for cases of Child Abuse and Exploitation (CAE) relying on scientific, psycholinguistic basis. Forensic Statement Analysis methodology (FSA) is intended to be “victim centered”, i.e., to entirely fulfil above-described requirements, and to include other advantages useful for criminal procedure efficiency and human rights’ protection. By acquiring the victims’ statement in a written form, at the beginning of the process, victim gets protected from repeatedly questioning by different criminal justice and other bodies included in the procedure, minimizing the risk of secondary victimization i.e., multiple traumatization due to recall and reliving of the unpleasant event. The scientific based, linguistic and psychological methodology provides an extremely high level of accuracy in analysing the truth of every segment of the statement, providing important information for the investigation, and resolving one of the key dilemmas, already in the investigating phase of the process. At the same time, by using this type of analysis, real victims get protected, from the beginning, in a very subtle way, from open distrust frequently expressed by the investigating bodies, as well as accused persons, in case of false accusation. Beside above-mentioned advantages, implementation of this methodology in the criminal procedure system, together with appropriate marketing, contributes to prevention of CAE and other related criminal acts (e.g., Sexual and Gender Based Violence – SGBV), because it discourages both perpetrators and false accusers.

During two years of Project execution, FSA methodology is going to be fully developed and its’ application standards scientifically adjusted to CAE cases, by a team of researchers of the Project Consortium, in a parallel and complementary process of theoretical and empirical research. In a synchronous and gradual procedure of research, adjustment and implementation of the methodology, Serbian Ministry of Interior will adopt a powerful, scientifically based investigation tool with high victim protection standards, which can be further applied to other European countries.

Since practical application of FSA is linguistic-dependent and since it is going to be parallel developed and practically implemented in Serbia and Croatia, it will be possible to use the methodology in Bosnia and Herzegovina and Montenegro, as well. Further application to other countries needs adjustment, primarily on linguistic level.

1 Council of Europe Convention on preventing and combating violence against women and domestic violence.
2 Directive 2012/29/EU of the European Parliament and of the Council establishing minimum standards on the rights, support and protection of victims of crime. 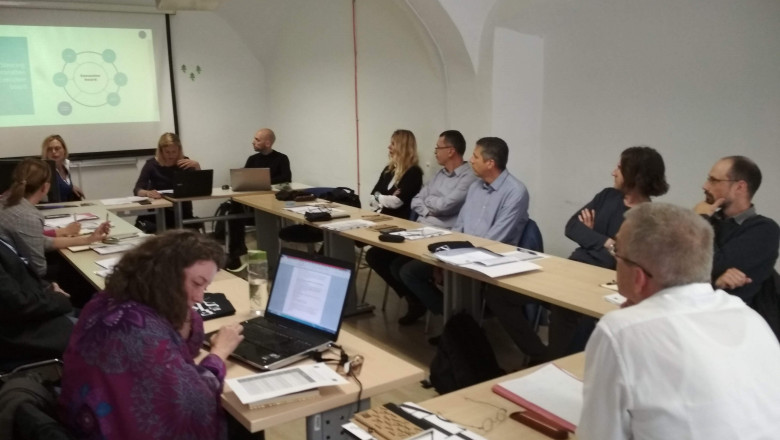 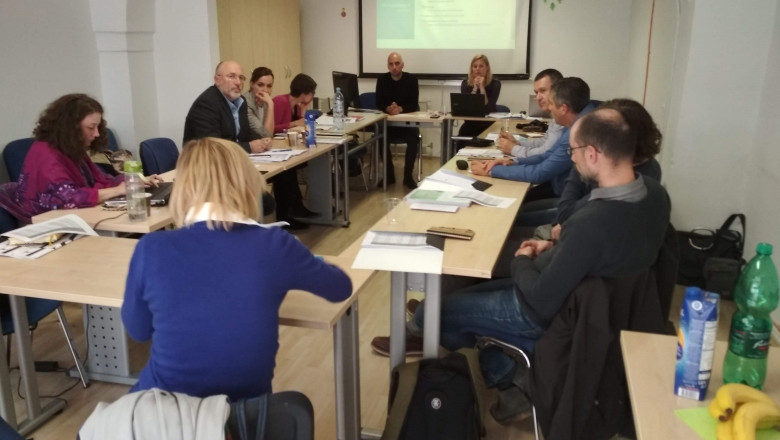 Prim. Domagoj Štimac, MD, psychiatry specialist, subspecialist of child and adolescent psychiatry and Ph.D. Renata Ćorić Špoljar, psychologist, held a lecture in Ljubljana on May 23rd 2019 on the topic of forensic interview.

Statement analysis, also called scientific content analysis (SCAN), is a technique for analyzing the words people use when describing event, to detect concealed information, missing information, and whether the information that person has provided is true or false.

The course was developed and presented by Mr. Avinoam Sapir. Mr. Avinoam Sapir holds a Bachelor’s degree in both Psychology and Criminology, and a Master’s degree in Criminology. He served in Israeli Military Intelligence and the Israeli Police Polygraph. SCAN technique was developed by Mr. Sapir conducting extensive research into verbal communication, looking into the linguistic behaviour used by people in communication.
During the past few decades, Mr. Sapir has conducted training in interviewing for various government agencies in Israel, the US, Canada and several other countries around the world. The SCAN technique is currently being used in many police departments and other government agencies in many countries. 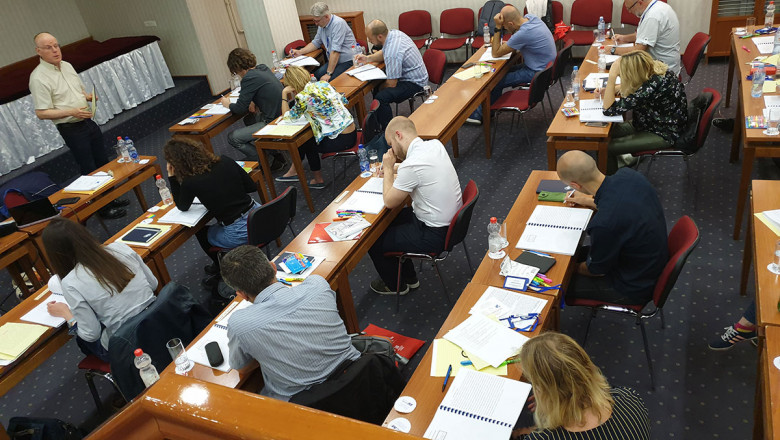 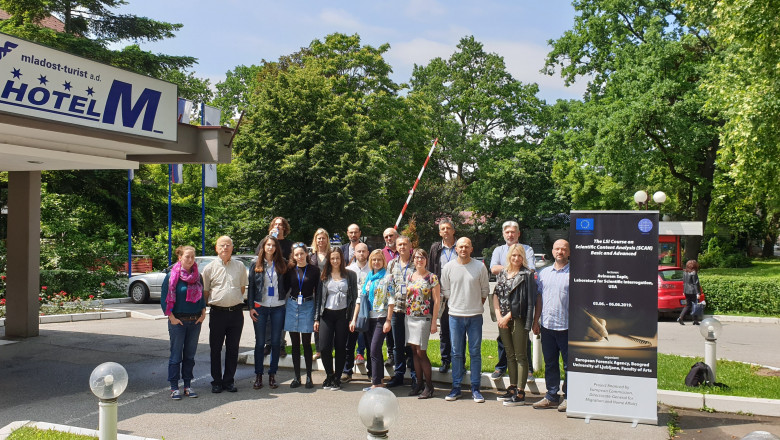 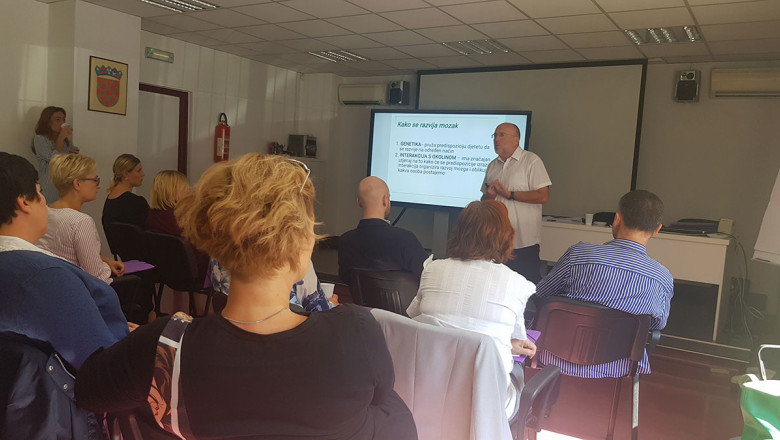 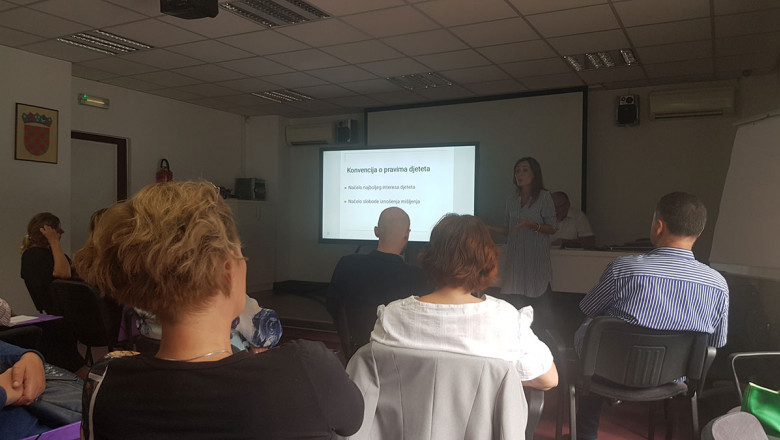 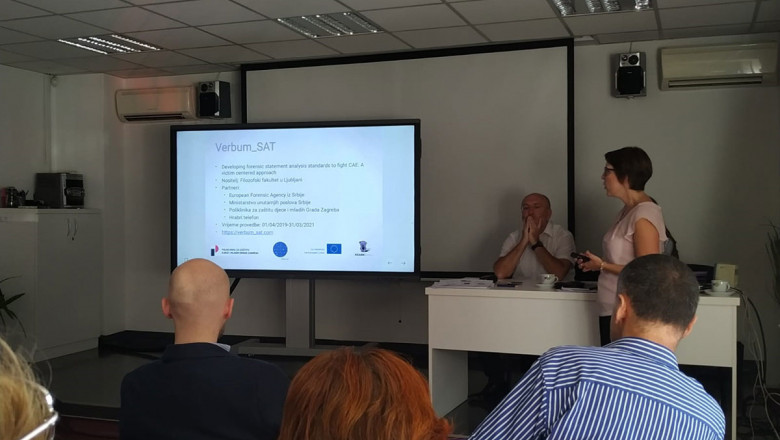 International conference Sexual Abuse and Exploitation of Children – from reporting till prosecution was attended by 66 participants from numerous state institutions such as Interior Ministry, centers for social welfare, county courts, Offices for probation, and from different mental health institutions from Croatia, Slovenia and Serbia. 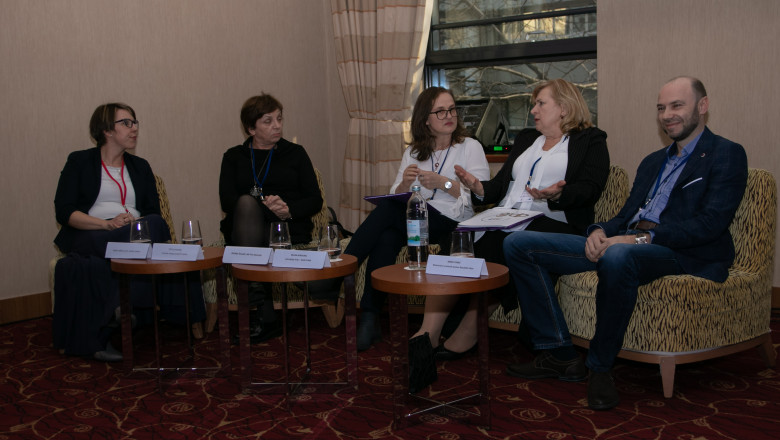 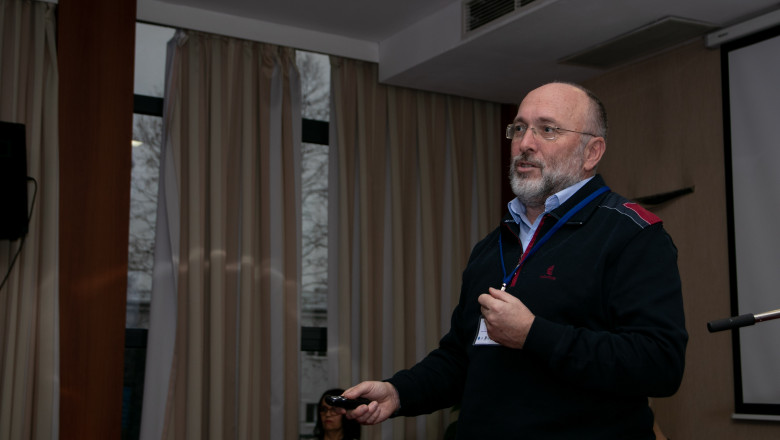 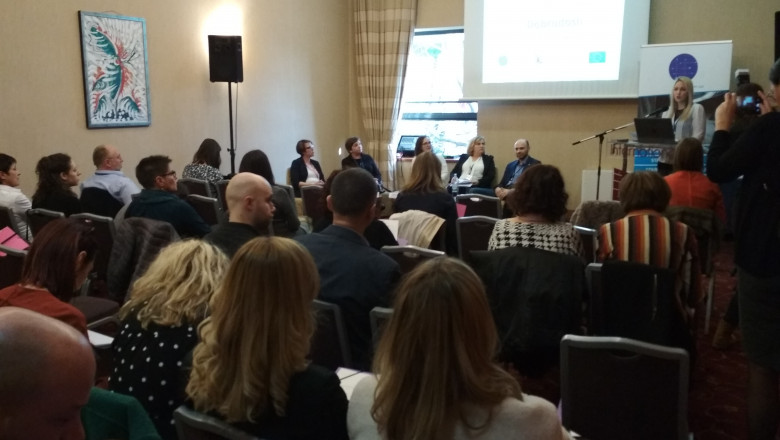 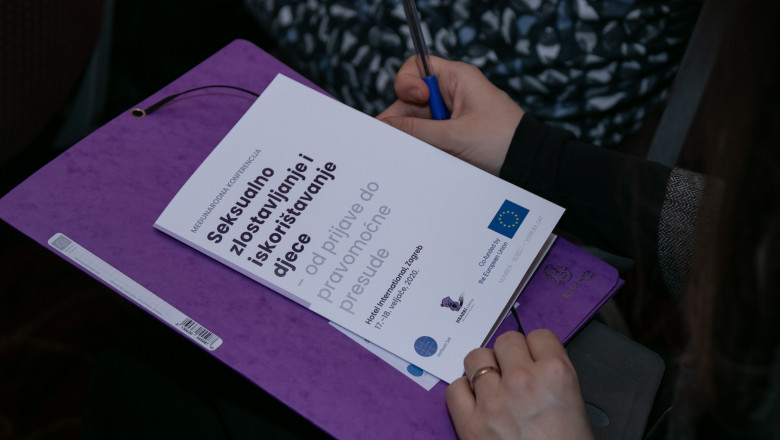 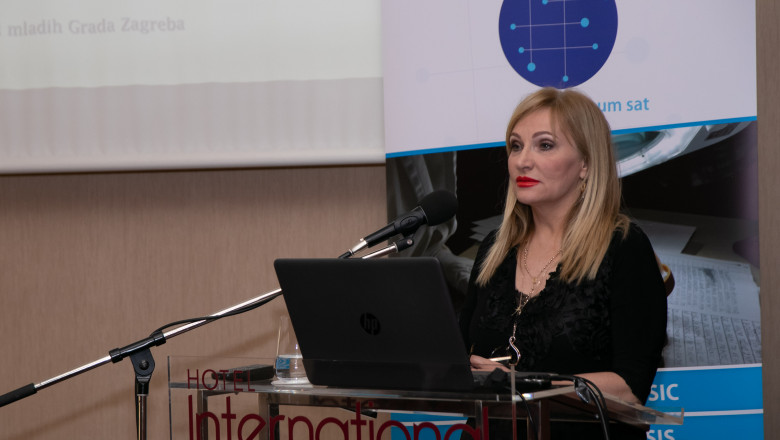 Training of FSA for Police Officers at Operational Level - Kraljevo Training of FSA for Police Officers at Operational Level - Niš 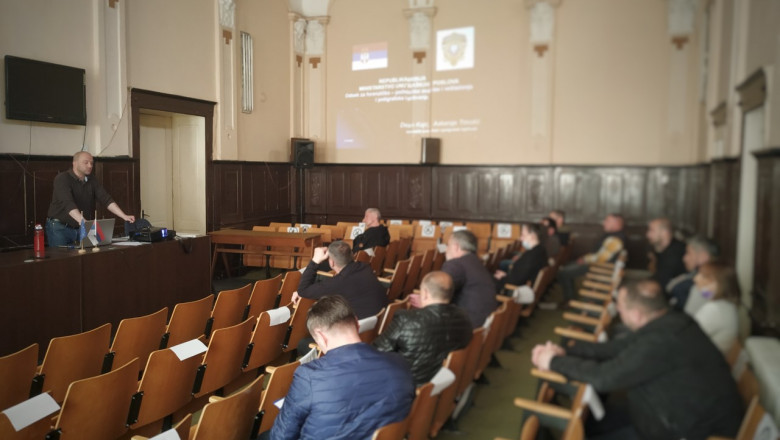 Training of FSA for Police Officers at Operational Level - Prokuplje Training of FSA for Police Officers at Operational Level - Užice Training of FSA for Police Officers at Operational Level - Zrenjanin

An E-conference “Theory and practice in preventing secondary victimization of children who have been victims of sexual and other abuse: a meeting of forensics and psychoanalysis” was organized via ZOOM platform and was intended for the professional public from the field of CEA. It included five lectures:

1. Presentation of the Verbum sat project: development of standards for forensic analysis of statements to fight child abuse and exploitation (by lecturer Goran Vranešević, Faculty of Arts, University of Ljubljana, Slovenia)

Presentation of an interdisciplinary systemic solution to the problem of secondary victimization of children who have been victims of sexual violence and other crimes.

2. Practices and procedures for reporting children who have been victims of sexual and other abuse in Slovenia (by lecturer Mitja Svete Reclaim the Power Association, Slovenia)

A comprehensive overview of the treatment procedures and the process of the various institutions involved in dealing with violence against children. The emphasis will be on a case analysis, which includes a comprehensive treatment of the police and other organizations, from the first report to the final measure produced by the court.

3. Truth and deception in forensic proceedings for children who were victims of abuse through a psychoanalytic prism (by lecturer Goran Vranešević, Faculty of Arts, University of Ljubljana, Slovenia)

Insight into the pros and cons of different approaches to forensic interviewing, which involve children who have been victims of violence or abuse with an emphasis on ensuring the veracity of victim statements

Detailed presentation of the analysis of the functioning of individual methods for determining the veracity of statements of children who have been victims of sexual violence and exploitation.

5. SCAN analysis of victim statements in practice - case study (by lecturer Dejan Kojić, Ministry of the Interior of the Republic of Serbia)

Detailed analysis of a criminal case study of a violent event through the framework of the FSA method. 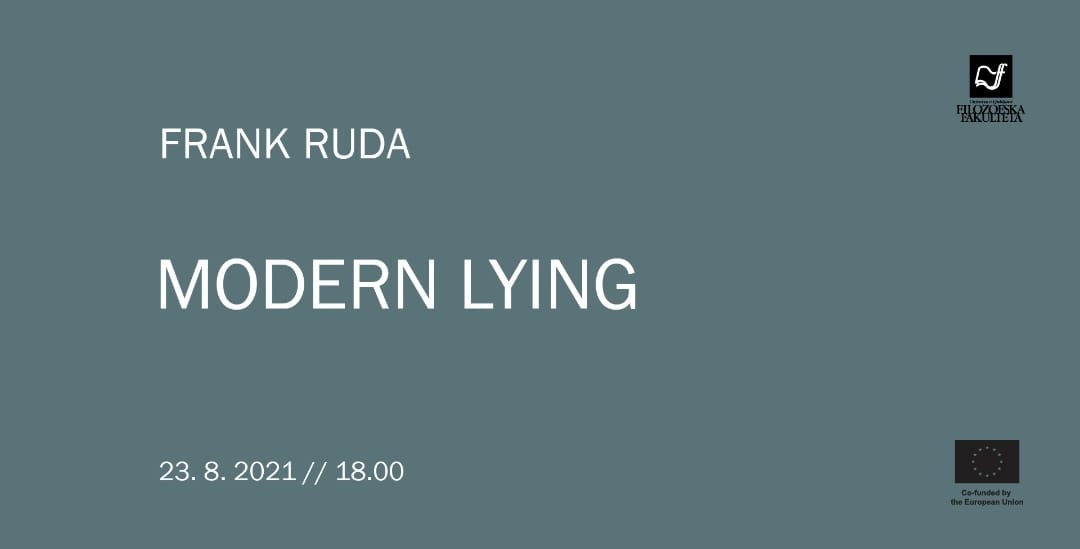 Prof. Frank Ruda’s lecture focused on a rarely read text by Alexandre Koyré, which raises the question of how to explain the historical transformation that is established through lying practices. With the lecture, hel thus examine the claim that a lie has a history, and how to understand the consequences of a diagnosis that a lie became total in the middle of the last century. This historical intensification and transformation makes it difficult to distinguish between speaking the truth and the lie, and has essential practical implications for contemporary thought. 2. “The Inhuman and its Twin Sister Revictimization”(Lecturer: Martin Gramc, Institute of Biomedical Ethics and History of Medicine, University of Zurich)

In modern states, fair legal procedures are required for victims. However, evidence shows that state mechanisms designed to mitigate damage or compensate for unfair losses often have detrimental effects on victims - these mechanisms re-victimize victims. The lecture highlighted the legal and medical mechanisms that cause re-victimization practices. Its purpose is therefore to rethink re-victimization through the concept of inhumanity as a rationality developed by humans, but separate from the human will, creating the effect of dehumanization. In her lecture, dr. Rachel Aumiller highlighted the positive value of the contradiction in relation to the inconsistencies contained in the subject's statement of his experience, especially when he reports violence and trauma. We usually look at contradictions and inconsistencies with suspicion. Internal contradictions in an individual’s testimony usually indicate a mismatch between their words and their experiences. The lecture thus focused on how the experience of trauma is in itself a contradictory experience, which cannot always be presented with a coherent description of the events experienced.

The FSA method was also disseminated through guidelines to police officers and reach the number of 23.000 of police forces employees at the conclusion of the project.

The Analysis of the collection of relevant literature presents a comprehensive overview of the scientific forensic literature that has been used in the establishment of forensic statement analysis (FSA). The research and educational material is focused on the linguistic aspect of forensic investigation, but also includes general forensic topics, which need to be taken into account within the realization of the project.